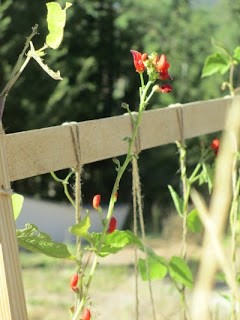 Isn't time supposed to be God's way of keeping everything from happening at once?

Is there a tech support line for when that's not working?

My purpose in finally making it back to the blog is to share some of what's been keeping me away.

We were invited to contribute to the 'Ultimate Survival Bundle,' a special offer of wide-ranging resources that will sell for one week starting Sept. 16th.  This is a chance to get resources on homesteading, food preservation, wilderness skills, and of course our heating books and plans, for a ridiculous discount off the cover prices.  Something like $700 in value for $29.  The catch is that we only see any proceeds from it for the bundles we ourselves sell - or for the 'upsell' package, which includes two of our most popular plans.  So you can rest assured, I will be putting the appropriate link up here with our affiliate ID all over it, just as soon as I get it.

And of course, I did not want to give away our big-ticket stuff in case the whole thing gets pirated by some trust-fund Robin Hood (that's why the oven and Cabin 8" plans are in the spendier 'upsell,' not the basic bundle), yet I definitely wanted to be in there.  So I put in a couple of our smaller books and plans (including the Art of Fire, which I am happy to report is getting compliments from a number of people I admire).
The Ultimate Survival Bundle organizer didn't have a good resource on shelter, which seemed like a pretty important part of survival basics.  Way more useful than, say, guns, for the vast majority of situations.
So in some weird universe in my head, it made sense to just write up something new that I could justify 'giving away' and then continue to sell after the bundle is done.  Our friend Tony gave me the cover picture for this little guide called 'Simple Shelter.'

I think it's a form of productive procrastination, the number of small books I've written this year.  The outline for "The Book," the Builder's Guide, is over two pages long, and completing it (while not repeating myself too often) has become a brain-boggling chore.  So whenever I sit down "to write," and something comes across my desk that justifies writing something easier, well, that's what happens.  At least when they turn into booklets, I can sell them later, which is more than can be said for uber-long blog posts and emails.

Speaking of selling things, both DVD projects are wrapping up.  Paul Wheaton's 4-DVD set from the 2012 Montana workshop is already being mailed out to contributors, and Calen Kennett just visited us for his final, final additional footage session on the Instructional DVD and has two assistants helping with the editing.  It includes hand-drawn animation fades, and while we have very little confidence in the delivery timeline at this point, we are looking forward to exquisite results.
We have some neat shots from both of them, and we have copies of Paul's DVDs for sale if you want them.

Harvest season is accelerating in the garden.  Luckily, the grasshoppers and deer are picking up my slack on that one.
Being 2000 feet above the valley in elevation, we are about a month behind their growing season, so I'm on about my third pick of ripe tomatoes while they've been in the farmer's market for a month or more.  I'm just about breaking even: collecting seed from the veggies we like, enough to plant a little more next year.  Every couple of weeks, I go down the hill and help out at a prolific organic farm, bringing home armfuls of 'seconds' and slowly replenishing the freezer.


Ron and Ernie cleared some roads on the property this year, plus we got some seasoned firewood from a vacation-cabin neighbor who got tired of splitting more than he needs.  Fuel is piling up in the sun, waiting to go into the woodshed, which has been storing project parts for all the other items on the to-do list.

Ernie is working on a pole-building to house materials, tools, and his boat(s).  He picked a building method so elegant, Ron and I are teasing him he should just turn the whole thing upside down and call it the boat. It's based on the 'Stimson shed' idea, 1x4 bent trusses forming a cathedral-like Gothic arch shape that handles a lot of load for its weight.
The boat shed is occupying a lot of Ernie's time, but help just arrived in the form of our former apprentice, Kyler.  Ron and Jeanine declared that since his apprenticeship is over, he officially graduates to being a WIT (Wisner In Training).  He's a tremendous help, very cheerful, two years more experienced at construction than when we last enjoyed his company.  He's also helped with the garden, the barn, and anything we can point him toward, and is a great excuse to make and eat some delicious meals together.

The only drawback to spreading the load is that I am in the office more and out of the loop.  These pictures were taken almost a month ago, and I haven't been over to see the progress on the shed in at least a week and a half.

I've been busy working on "The Book," the Rocket Mass Heater Builder's Guide.  Here's a dummy cover - what do you think?


I'm trying to convey that this is the step-by-step, professional-friendly version.  The existing book has great explanations and a definite eco slant (or more to the point, rant).  Ours will fill out some technical and mechanical information for people who are more interested in dealing with the building code, using actual math, and/or doing things once.  It's a gamble - we hope there will be more people in this 'mainstream' audience, and that they still will have enough do-it-yourself sensibility to read their local building codes instead of suing us for not knowing.  Can't be all things to all people.

For the cover itself, can you spot the differences?  I'm torn between using the actual 8" system that we diagram in the book (versions 2 and 3), versus using the 6" layout (version 1) because I just think it looks cool.  I like having more brick, and the squarer channels; it looks more like the masonry heater diagrams that inspired the layout.  I guess I could just count the cover as a 'bonus' design in addition to the ones in the book.

Any comments on the cover design are very welcome.  I can change anything at this point, though of course I hope to be done soon.
I used the marked brick for the title texture because I want to convey how specific we are about how to do it: get this standard firebrick, cut it here.
I still need to find a printer, but I want a rough page count before I have those discussions.
I am leaning toward using Kickstarter to fund the initial print run - it beats putting up all the money it out of pocket, but it will also set things back at least a month over the timeline we would otherwise prefer.  (If I'd started two months ago, we'd be in great shape ... but there is one more photo sequence I want, and I want it in a particular setting, which is still under construction....)

And I want to wait until our friend Paul is done with his Permaculture Playing Cards Kickstarter, since he's a huge promoter of our work when he has time.  If you would like a deck of these cards for your Christmas present, speak up soon, as I'm debating getting a brick before the Kickstarter ends in 3 days.  Also, I kind of like the stretch goal of doing a few new face cards.

And I want to get the book out in time for the heating-season rush of interest.

This is about the time of year that we start fielding a higher volume of enquiries from people who, like me, have discovered that Summer is Almost Over.  In their cases, this means it might be time to get that heater done before winter.   We get a lot of last-minute invitations to run workshops and work-parties, and there's almost never enough time to take them up on it even if they are interested in paying all the expenses.
I am almost ready to follow Art Ludwig's approach, and respond only to checks received rather than 'quick questions' that aren't.
(One of those miracles of the English language, that the fastest words to say are the ones with the most complicated meanings.  Love.  Bread.  Fire.  Trust.  You think you know what it means, but try explaining it to someone who's never encountered it.  A six-word bread recipe can produce anything from pancakes to baguette to chicken-feed.)

For free heater advice, I heartily recommend searching the online forums at www.permies.com, specifically the rocket stove forum.  We spend a lot of our free time there giving advice, and the reason we give free advice in public is so it's still available to everyone when we aren't.
If, however, you want to send me a check for a private consultation, I will bump you right up my list of people to talk to today....

I suppose I could do the Kickstarter, have the PDF ready by the time it's fully funded, and send all the donors the electronic version while the print run is still in progress.

It's thundering again.  Now that we've had a couple good rainstorms, we're not so terrified about wildfire, but it's still a constant awareness in the region.  We had over 10,000 lightning strikes from one storm system a while back, and they spent several days putting out a fire near the Oroville Airport across the valley.  We are under a burn ban across the region, and have been super-careful to avoid the least mischief during fire season. 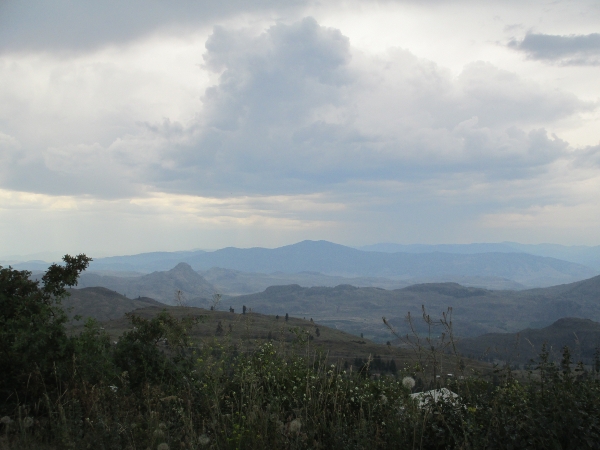 The electricity in the air may be part of the reason I get so anxious about unfinished projects this time of year.  But it used to happen in Portland too, and there I blamed the heat.  (It's already starting to cool down at our elevation, a mixed blessing given how much snow we have to look forward to.)
Lightning just flashed within line of sight of my desk, but receding ... four or five miles away.  The thunder rolls on and on in these mountains, echoes I suppose.

And I am reminded of the lateness of the hour, and the importance of sleep before another long drive tomorrow.  This one, finally, is not a workshop - Ernie and I are going to celebrate the 5th anniversary of our belated honeymoon with a couple of days' escape from all our projects to go camping.

If you want to catch us on one of our next tours, we are looking forward to being in Ontario later this month, and ...
now it's directly overhead ...
Montana in October.

I think I'll wander a little further from these enticing conglomerations of copper wires for a while.

and remain warmly yours,
Erica (and Ernie)

p.s. Even the cats are tired.  Of keeping me up all night in thunderstorms.
Good night!
Posted by Erica Wisner at 1:17 AM No comments: