Ernie walked down to his dad's house this morning.  Arrived with a shirt full of ground-fallen apples he collected on the way.  Like me, they marvel at seeing him strolling along, hands full of autumn bounty instead of crutches.  We had coffee and tea together, and gave them some pecans from Texas.

Still feeling grateful for all the people who've helped, shared the struggle, and otherwise been part of these amazing months full of hope, sweat, and grace.

Among the stories from our recent southern adventures that I haven't posted yet, Ernie competed in the Southwest Valor Games, and had the best time of the day in the 200-meter kayak race.


They took lots of measurements of him walking in his old and new braces on Thursday.  Painful, but productive.  We're sort of hoping that the studies they're doing require calling him back for a follow-up, because it would be wonderful to see these folks again, and to cheer on the latest crop of intrepid participants on their road to recovery.

On Friday, coincidentally as a sort of graduation for us, they had a big patriotic event in San Marcos, with schoolkids, police and sherriffs' departments along with three biker clubs of veterans, and a big community-sponsored barbecue at a local airfield, following which they sent any willing wounded warriors up to skydive out of a small airplane.  Ernie liked it so much he sent me up for the final run of the day, too.

I don't know if you'll be able to view the video above, but it shows Ernie paddling like mad in one of the kayaks.  He's hoping to keep competing, and I am looking forward to being out on the water more as he practices.

For my next trick, though, it's past time to get our Builder's Guide out on the market.  I'm uploading the draft files to Scubbly.com, and recruiting people to help spread the word as soon as I get our Kickstarter approved for launch.  Apparently these things go better if you pre-sell a bunch before the Kickstarter... and I'm not sure if I can promote or organize that heavily without delaying the Kickstarter itself.

First step is to vacuum the sand out of our good camera, and/or find a local videographer, and get the campaign application finalized and submitted.  While it's processing sounds like the best time to add frosting, pre-sell, or other hoopla.

Anyone eager to fill the role of videographer, and maybe gets some gorgeous fall footage of the Okanogan in the process?

Much love, and many thanks,
Erica and Ernie

Posted by Erica Wisner at 8:01 PM No comments: 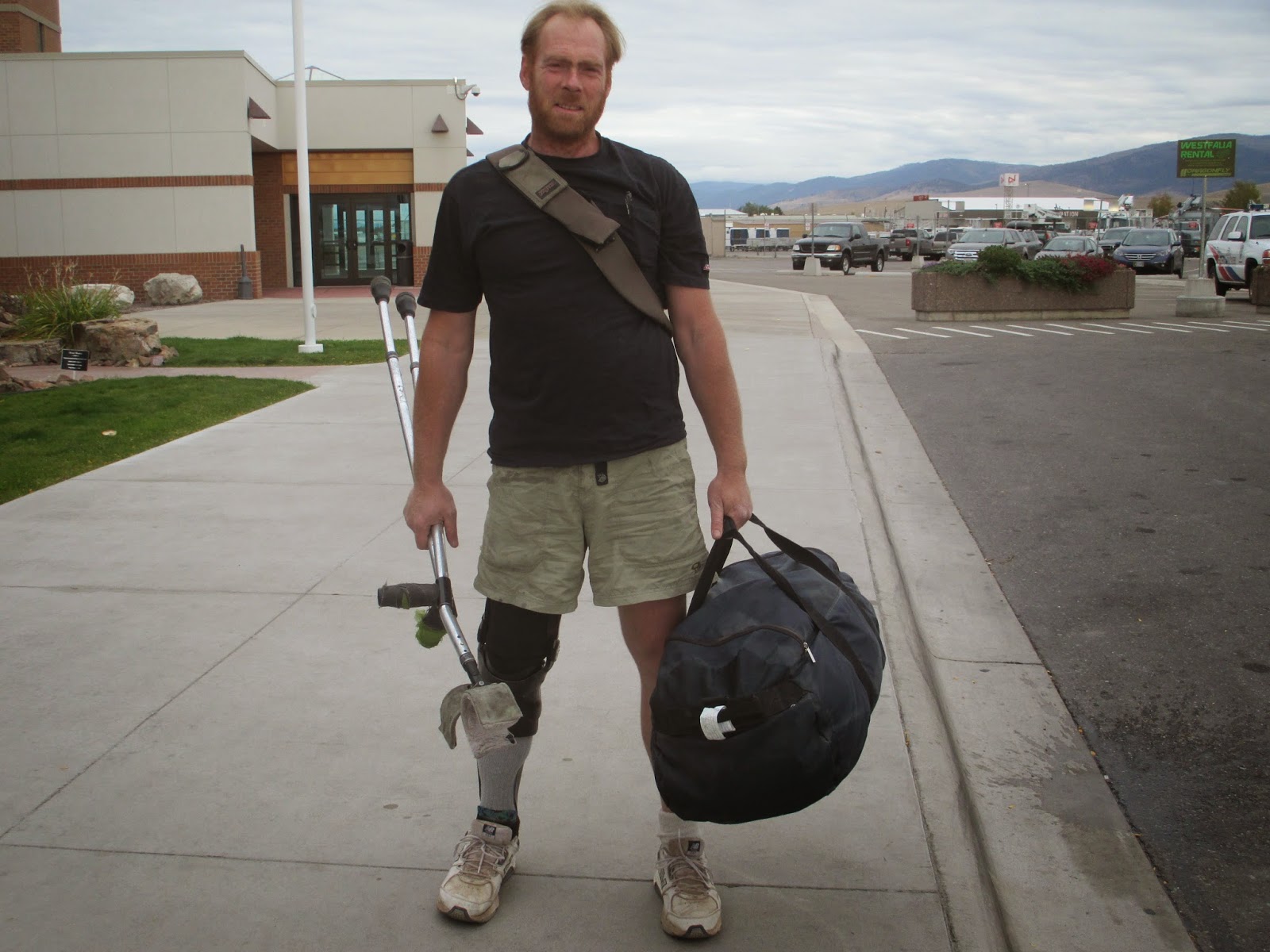 Ernie's first flight without crutches or wheelchair, returning to San Antonio for the final few weeks of training and fitting with his new IDEO brace.

Posted by Erica Wisner at 2:31 PM No comments: